Apps, and the Meaning of Life 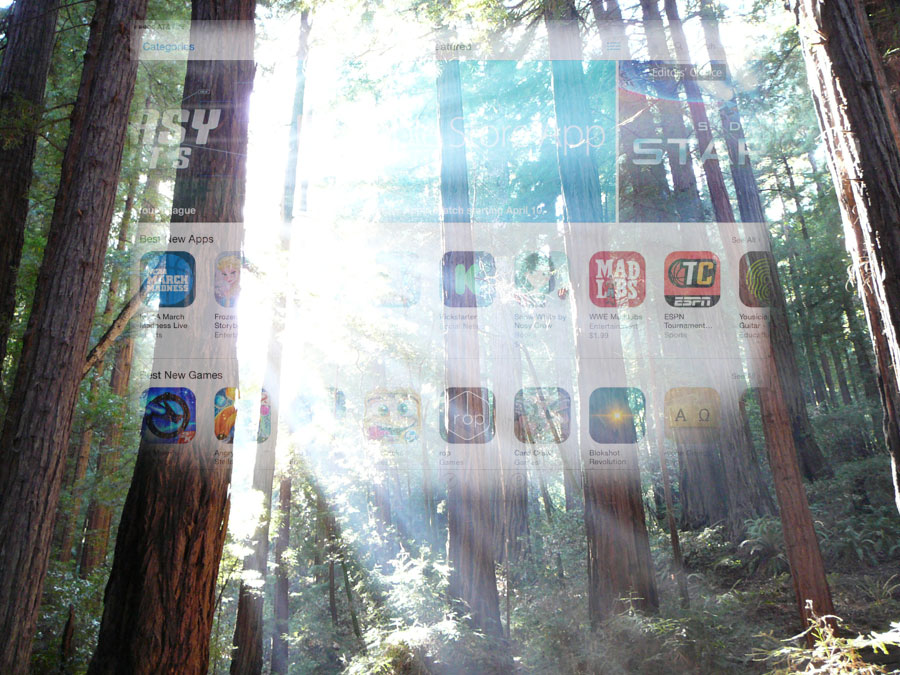 I’ve been thinking deep thoughts...if an app sits on your device unused, is it still alive?

What if it lives in the store but nobody downloads the app...ever.

Do apps ever really die?

Sure, there are lots of developers who give up and walk away.

But how many bother to remove the app from the store?

The abandoned apps that are left behind still matter in the app ecosystem, right?

The apps might be orphaned but their keywords still mix with the the secret sauce that drives search, don’t they?

A January 2015 Techcrunch report states that an app has to appear in one of the many Top 300 lists for two out of three consecutive days, in order to be considered a living app. Otherwise, the app is a zombie. Zombie apps can only be found by a specific name search or by searching for a specific app type. Organic search does not “see” zombies, so they become invisible to drive-by customers. It has been estimated that as many as 83% of App Store apps are zombies and the number rises to 85% for the Education category. That’s over a million zombie apps. Metaphysically speaking, it’s pretty much the Walking Dead out there, folks.

The topic of app life got me thinking about our own apps, specifically our older apps. When is it time to pull the plug?

Toca Boca did it this past year to their first baby, Helicopter Taxi. They clearly state the decision was primarily made to clean up the product line and strengthen the mission - Helicopter Taxi didn’t fit in the Toca family anymore so it became expendable.

We released our first app, Shake-a-Phrase, in May 2011 - 11 updates later, and it’s still shaking. Shake-a-Phrase remains a good little quirky app to generate random silly sentences and writing prompts - It’s a simple idea and it works as advertised. We get the occasional educational whale volume purchase. And we get the occasional educational whale volume return. Revenue isn’t what it used to be and educational purchases are in decline - but Shake isn’t joining the growing zombie population on the other side of the wall just yet. In fact, AppFigures reports that Shake-a-Phrase is alive and well - it is presently ranked #139 in Kids 9-11 for iPad and #61 for iPhone and it’s been hanging around the charts, in roughly the same spot, for the last year. 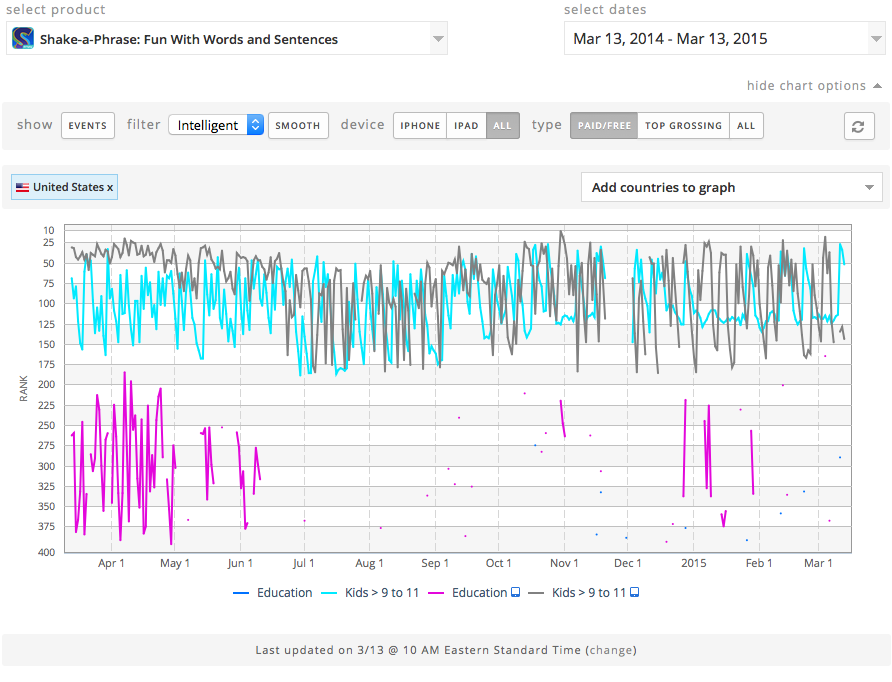 We had a decent educational purchase yesterday, but let’s not kid ourselves, Shake-a-Phrase can’t live forever. To be perfectly frank, it’s a little weird - it doesn’t really fit in our app family of educational games. Shake-a-Phrase is more of a classroom utility app than a game. We recently discussed making a new and better version of Shake-a-Phrase, but that means not making something else.

Here I am, lying in bed at night, contemplating a metaphysical dilemma. I don’t know when we’ll pull the plug on our first app, but I can tell you I won’t leave it to the zombies.