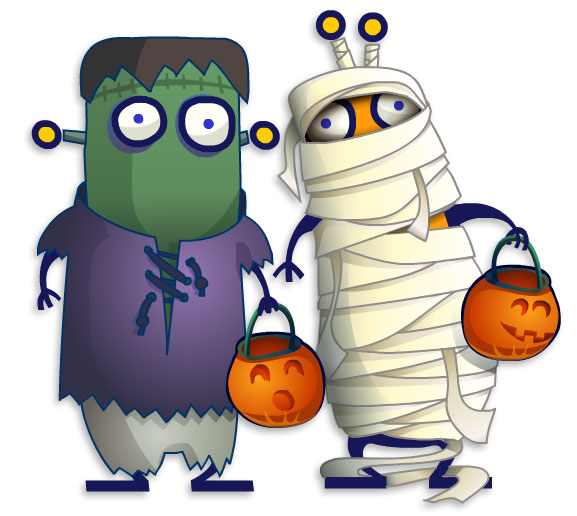 Monsters, aliens and ghosts...oh my!Don’t look now, but Halloween is sneaking up on you.So in addition to updating our apps this October for the new iPhone 5 screen size, we’ll be sprinkling some Halloween treats about.

One of our most popular classroom apps, Shake-a-Phrase, offers a Monsters theme to shake up some spooky language learning fun. Last year, we teamed with a class in Westchester, NY for a Halloween-inspired creative writing activity and they enjoyed it so much, they requested that we do it again this year.  And we’ll be posting some of our favorite scary sentences on our Facebook page as Halloween draws near.

Meanwhile, our Alien Buddies were featured in this New York Times Gadgetwise post, sparking some pretty loud shrieks and howls in the comments section over screen time for babies (for the record, we don’t make apps for babies and we enjoy playing outside with our kids!)

If you’re looking for a fun activity for your early learner that doesn’t involve your phone or iPad, why not download a free Alien Buddies coloring book featuring your favorite martians.

Rolling right along, Marble Math recently made news in Australia’s The Sunday Mail paper. There’s nothing scary about this impressive list of kids educational apps from the iMums, but you may bump into a ghost while playing Marble Math if you don’t watch where you’re going. 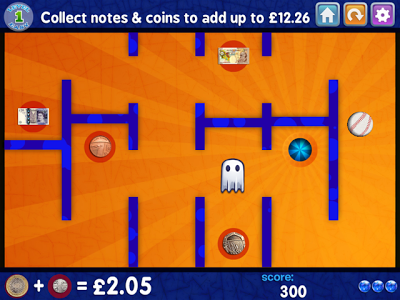 Speaking of Marble Math, we’ve got a special update brewing in the lab. Soon you’ll be able to customize your currency to practice counting with Australian, Canadian, Euro, or British coins and notes for Marble Math and Marble Math Junior.

I told you we had some treats for you.