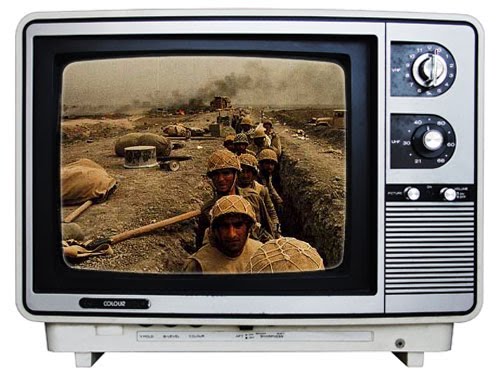 That's right, Google is going full steam ahead with Flash on their mobile Android platform, their Chrome browser which just graduated from Beta, and now coming soon to a TV near you - Google TV.

Attempts at a blended TV/web interactive experience using your television are usually half-baked and clunky but Google aims to change that with the Intel Atom chip to deliver fluid browsing, content, apps and games - all from your remote.

It will also be interesting to see how Google incorporates the power of its powerful speech recognition software.

Our embedded operative and Android tester, Jim Bail, who watched some of the conference webcast, reports the Google gang stuck a big bullseye on Steve Jobs and Apple, calling out comparisons to Big Brother and warning of a Draconian future.

Now let me go search Google for images that include the terms "trench, war, and television."