The Jekyll and Hyde of App Review - Part I 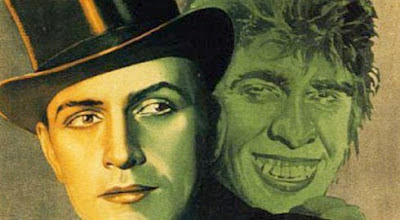 Today is a good day.

And I stayed up last night, testing our next homegrown education app and I'm really impressed with the gameplay.

When I got out of bed this morning, there was a distinct bounce in my step and a genuine eagerness in my work commute as I considered the day ahead with hope and excitement.

But last week at this time was an entirely different story.

I shudder to think of the nightmare my waking life had become.

Heed this, my fellow developers, as a cautionary tale that dives into the deepest pit of darkness, before hope...is restored.

You too, can survive the mad science of Apple's App Review.

I know this, because I did just that.

And along the way, I met two very different characters.

Two weeks ago, we submitted a minor update to the App Store to fix a broken link for both Ticker Quiz and Word Cracker.

And love was in the air, along with various marketing efforts, including press releases and active app reviews.

We've developed many apps for ourselves, and for others, and we know the routine - app approvals and updates typically take a full week from the time they are submitted to the actual review and approval, so I kicked my feet up and set my cruise control.

At the time, I didn't even consider that anything could go wrong with Ticker Quiz and Word Cracker - my only concern with eoz games was Roman Backgammon because the first approval is always a bit uncertain.

A week passed, and I got notice from eoz games that Ticker Quiz and Word Cracker had passed review and both updates were available for sale in the App Store.

All according to plan, or so I thought.

I approached work the next day with only Roman Backgammon on my mind.

And then came the call from eoz:

"The Word Cracker update is crashing."

I hadn't even downloaded the update from the App Store yet - but I did.

And sure enough, the app crashed in Solo mode, upon completion of a game - every single time.

My first thought struck like a poison dart - we're going to have to live with this app crashing in the App Store for an entire week while Apple reviews it.

Before I could even mobilize the team to formulate a plan of action, I got an email from eoz: