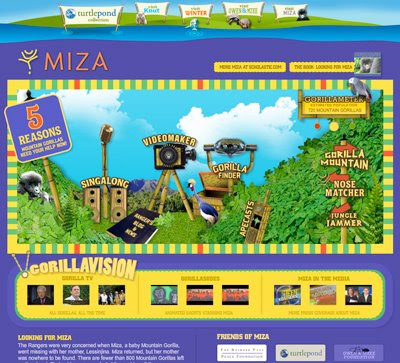 Last week Steve made a special guest appearance at his daughter's third grade class in support of "Technology Day."

His goal was to wow them with Flash by leading the class through an actual game we're working on.

He showed them how the functional game looks with and without the final art to demonstrate the difference between appearance and functionality in development.

Afterwards, they spent some time looking at Miza.com to illustrate how it all comes together in a completed website.

Later that same day, Steve returned with his daughter for the afternoon presentations–this time it was the kids turn to show off what they've been cooking in the computer lab.

And now for the payoff - as Steve took a seat in a row of Macs, he says he couldn't help but notice all of the machines had Miza open in the browser.

The kids had been exploring the site and playing the games during the break.

I think it's safe to say Steve (and Miza) was a hit.

The kids have already started lobbying to have him back next year.