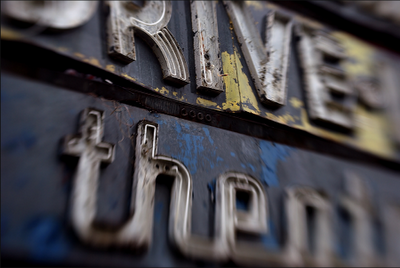 Our very own code wizard, funk drummer, and lensman extraordinaire, Steve Grosmark, is a featured artist in The 59x59 Photographic Exhibition, kicking off this weekend at the GAGA Arts Center in Garnerville, NY, as part of the GAGA Arts Festival.

Steve's work has such an influence they've actually taken to calling it "The Steve Grosmark Show."

The 59x59 concept originally started as 59 photographers shooting on a single day along a 15 mile stretch of Route 59 in Rockland County, NY.They ended up with 31 photographers but the name stuck.It was almost a year ago when the photographers hit the road to get their shots and there were times along the way that it seemed the show might not happen at all.

On May 9, 2008 Steve got up at 3am and shot until 6pm - mostly in the rain.Fortunately, the wet and dreary conditions really suit his shooting style and the results are quite powerful.He came in one morning last week after hanging the large format prints in the space and I've honestly never seen him so excited.Looking forward to the show...

The Exhibition runs through June 6th.

Note to the GAGA Arts Center - you should also talk to Steve about a new website because...well, it should be obvious.

You can check out Steve's pics here: