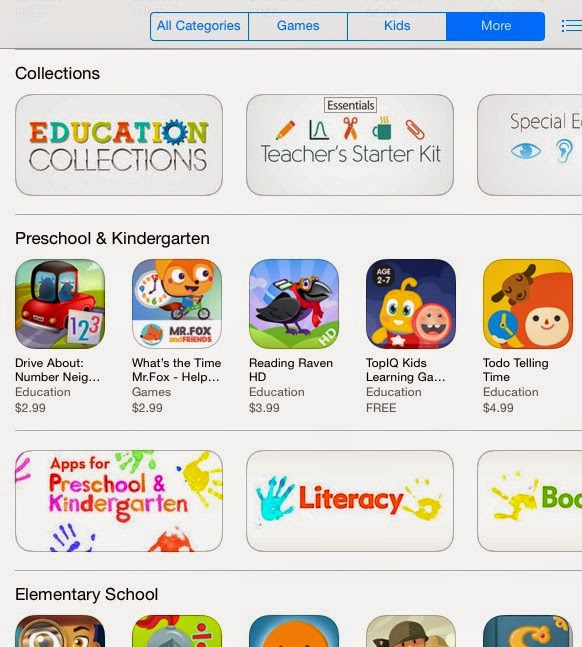 We'd like to thank everyone who helped to spread the word about our Mystery Math Town for iPhone app giveaway on Friday 6/28.

We let the sale run into Saturday morning to make sure everyone had a chance to download the game.

And the evidence suggests that making your app free for a day continues to be a good way to get the attention of new users.

We're happy to report Mystery Math Town for iPhone was downloaded to over 7,000 devices during the promotion.

That's a lot of fireflies.

Twitter link clicks peaked the day of the promo 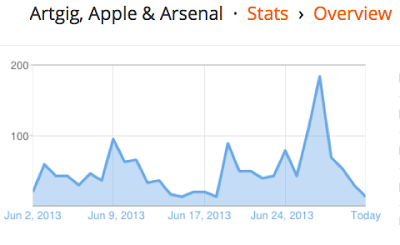 Blog activity/views peaked the day before the promo 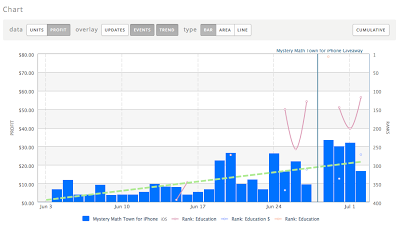 appFigures paid sales - positive trend, even better after the promo 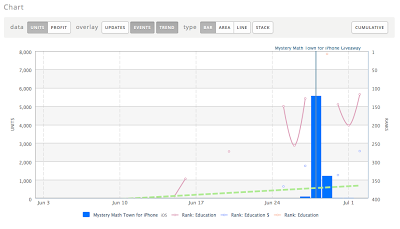