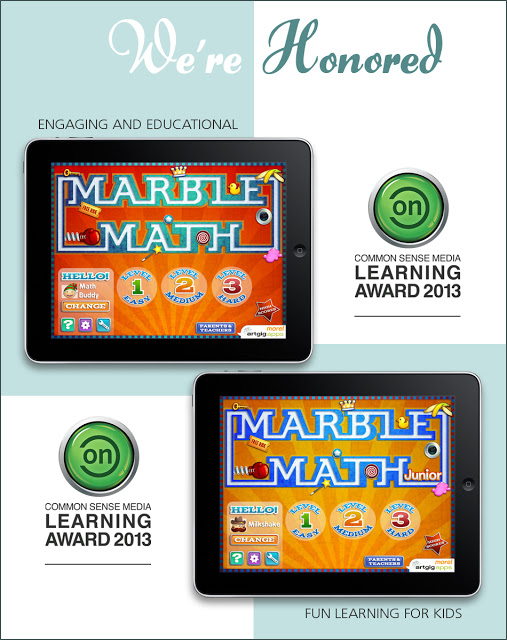 Marble Math and Marble Math Junior have each received a 2013 ON for Learning Award from Common Sense Media.

The award is given to the apps, games, and websites that received the highest rating for learning potential from Common Sense.

We're especially excited because our apps won 2 of only about 50 awards this year.

And we're in good company - here's the list of Winners: 2013 Common Sense Media ON for Learning Award Winners Now I'm going to see if I can talk Steve into parachuting into the ceremony tonight at the Cartoon Art Museum in San Francisco dressed as one of the Mystery Math Town characters to promote our new app.