Addressing Diversity in Our Kids Apps 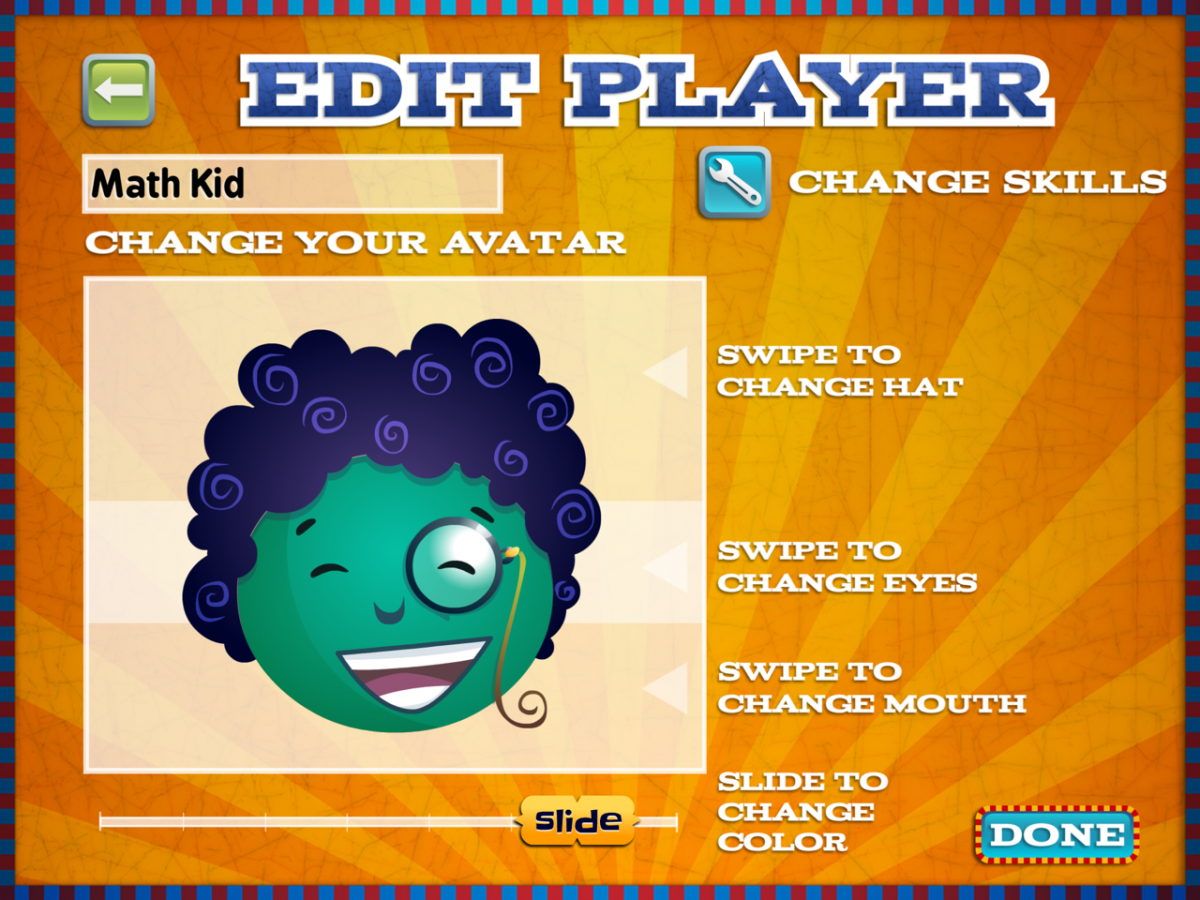 We were recently contacted by a mom who had downloaded Marble Math Junior for her daughter and was upset to find that our game only offered light-skinned avatar choices. I was taken aback. My defenses immediately triggered a burst of excuses: We made that app a long time ago. Going back to old apps to make updates pulls us away from current projects. If we make a change for one app, we have to make it for all - which of course requires time and money. Most of all, how could someone accuse us, Artgig Apps, your friendly team of kids app developers, of being insensitive? But after that, after all of the excuses, it dawned on me...she was right. And it was a pretty quick decision to make a change - to do better.

We’ve spent the last couple of weeks updating the avatar maker in all of our apps so that kids can make the avatar any color they want. It’s a small change, but it’s an important one.

Stay tuned - the updates will be available soon on the App Store.

If you’re interested in the issue of diversity in children’s apps, here’s an excellent Guardian article, featuring perspectives from some of the best and brightest in the business, and a post from the Joan Ganz Cooney Center.

A Love Triangle, With Bluetooth

And it saved my relationship with my iPad.

Allow me to explain...I recently upgraded to a new iPad Air 2 because I’d finally had it with the constant wheezing and gasping of my old iPad 2 when trying to do...well, anything. My old iPad is pretty much useless except for "let's see how this performs on a really crappy low-end device” testing. Before leaping forward into the arms of a new iPad Air 2, I had already decided that I was going to put the new machine to work, and to do that, I needed a keyboard. I’ve flirted with the idea before, imagining myself sitting outside on a perfect early autumn day, just typing away and being incredibly productive, and enjoying every minute of it.  I’ve even experimented - grabbing a wireless keyboard and carrying it around in my bag with my iPad 2 for a couple of weeks. But the few times I actually tried to do work, to actually do some writing, the disconnect between screen and keyboard just didn’t feel right. What I really wanted was the all-in-one, go anywhere convenience of a laptop - but I didn’t want to buy a new laptop, and a new iPad.

When I searched for “iPad Air 2 keyboard case review” one name kept coming up - the Belkin QODE Ultimate Pro. It’s not cheap as far as cases go, but if I could actually use my iPad to write, it would be well worth it. I got my new iPad and case a couple of weeks ago, and after fumbling around a bit, literally in the dark, as I tried to figure out how to get the backlit keyboard to illuminate (the case comes with virtually no instructions) I stumbled upon the almighty Function key (which also enables keyboard shortcuts to iPad functions like Home, Siri and screenshots) and my world opened up. I’ve been in love ever since. This case is exactly what I wanted. I’ve been Slacking with Lis, editing Google docs, crafting emails and thinking that maybe I’ll actually get on that book idea after all. The three of us - me, my iPad, and my new Belkin case were inseparable.

Suddenly, on Wednesday, it all came crashing down. I happily turned to my iPad to type something and I got the cold shoulder. But it wasn’t my iPad lashing out - it was my keyboard. It had lost the bluetooth connection and it stubbornly refused to re-connect, even after restarting my iPad. Now I’d read between the cracks of the glowing Amazon reviews and I knew that some unfortunate users had experienced this problem, but after two weeks of faithful and reliable service, I’d assumed that we were in the clear. I scoured the internet for solutions, and with boiling blood, acted on a tip to reset the keyboard (hold all 4 corner keys down for 5 seconds) and clear my “remembered” iPad Bluetooth devices and restart the iPad. I tried this maybe four or five times without success, and with the growing realization that this thing I loved was just another unreliable piece of technical junk, I wondered what I would do without my case. The future was instantly bleak. I could barely stomach the idea of going back to doing everything on my iPad touchscreen again. My hopes and dreams were crushed.

And then, magically, the keyboard started working again. And things are good. Our relationship will never go back to that blissful honeymoon period of unwavering trust and commitment, but we’re living in the moment - savoring the here and now. I want to believe that my iPad can be more than an App Store or a video player or a way to preview things. I want it to be a tool that adapts to the way that I want to work, and not the other way around. The Belkin QODE Ultimate Pro Keyboard Case for iPad Air 2 gave me a taste of what life could be with my iPad, and now I want it even more. Love sure is funny like that.

* Update 10/7 Sorry to say this love affair has crashed and burned. Lost bluetooth last night and spent my evening in a torturous loop of frustration trying to reconnect instead of being productive. Oh, Belkin QODE Ultimate Pro, I really thought you were the one. Back to Amazon you go.

Bust Your Brain With Friends

When we’re not making apps for our own label, we’re making apps for our clients, and we just wrapped Sparky’s Brain Busters for the National Fire Protection Association (NFPA). It’s a trivia game designed for grades 3-5 with five categories of Common-Core-aligned content.

You can play Sparky’s Brain Busters and try to beat the clock in a solo game, or you can challenge your friends, family, or your entire class to a multiplayer, multi-device battle royale over a local wifi network. 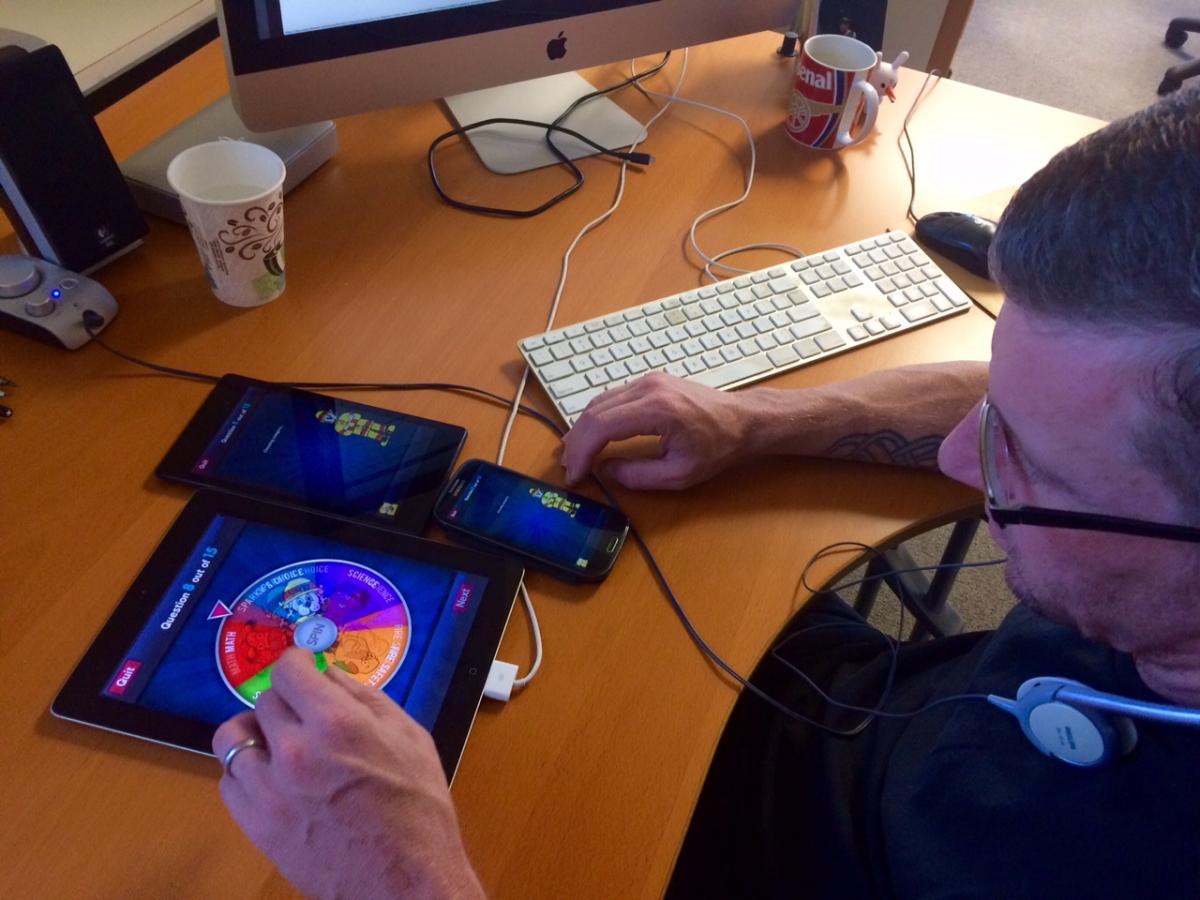 I brought home an assortment of devices and enlisted my family to play an early version of the game. It was a blast. In fact, my nine-year-old did not want to stop playing. The game elicits an incredibly vibrant social and competitive current with everyone playing the same game. I will not soon forget my son pumping his fist upon earning a Molly Williams badge for his social studies skills (and if you didn’t know, Molly Williams is our first female firefighter).

My five-year-old still asks me to play the game, despite the fact that she can’t read the questions. We even designed a play mode specifically for classrooms that a teacher controls, and can be broadcast to a whiteboard or central display. And did I mention the app is free? That’s the second best thing about it.